Re:Bounce went to meet Ragn-Sells’ ecotoxicologist, Sara Stiernström, who dedicates a lot of her working week to checking and quality-assuring material from used tyres. ”This is a highly usable and diverse material with a number of different uses, which can also make an important contribution to the circular economy,” says Sara.

”Monitoring what’s going on the world is part of my job, and I follow any study within this field with great interest,” says Sara Stiernström, who joined Ragn-Sells in 2014. Previously, she had researched within environmental science and graduated from Stockholm University in the autumn of 2013. ”In principle, I am a biologist, but have read a lot of chemistry and law. I met the team from Ragn-Sells during a break at a conference. They were looking for someone with my qualifications, and that’s how it happened.”

Health and the environment in focus

Sara’s responsibilities include legal issues and contact with the authorities, and via Svensk Däckåtervinning (SDAB) she enjoys close collaboration with the European tyre manufacturer’s association, ETRMA.

”My title is Material Distribution Manager, which means that when we find a new use for recycled materials, it’s my job to ensure the quality whilst ensuring we meet the requirements of customers and the authorities. The same applies to existing uses. My job also includes risk assessment with regards to health and the environment.”

Ragn-Sells collects and recycles all worn-out tyres in Sweden on behalf of SDAB. The tyres are processed in special facilities, and are used for both recycling and energy production. Some are exported or retreaded, others are used for swings, gymnastic mats, fenders and buffers. A large number of tyres are shredded, granulated and used for such purposes as athletic tracks, asphalt and all-weather pitches. The rest goes to the cement industry and power plants. No tyres are dumped.

”To ensure the quality of the material, may team and I perform regular tests and analyses according to a number of predetermined parameters. We take samples every month, and after six months they are combined into a single collective sample sent for analysis.”

Sara tells us that right now, there is a debate in the media on microplastics in the sea. It originates from a report by the Swedish Environmental Research Institute (IVL), which alleged that rubber granulate from artificial grass was the next biggest source of this.

”All the indications we have say the opposite - that granulate does not spread into the sea. Ragn-Sells and I follow and participate in several studies looking at how we can ensure that granulate does not end up outside football pitches. Several tests have been run using particle traps in the drain system near artificial pitches, which have shown very little granulate in the water analysed.

They don’t factor in the disappearance of granulate within a few hundred metres. It’s not that easy,” believes Sara.

Part of the sustainable society

Sara emphasises that the reason we use recycled tyre rubber in the community is that we cannot afford to exhaust the world’s resources. This material is highly useful, whilst no research exists that proves it is hazardous.

”Obviously, we need to work towards a non-toxic environment, and need to increase recycling to save the world’s resources. To make the equation work, we have to permit a certain amount of the substance in what we recycle, just as we do for virgin material, but there always has to be an acceptable risk,” concludes Sara. 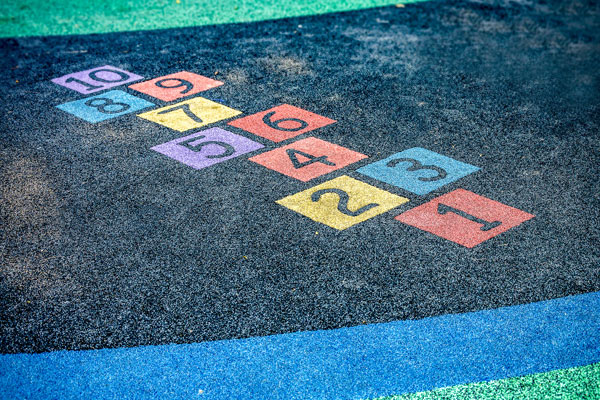 The master collector for business and pleasure

In 2016, Ragn-Sells collected 87,000 tons of tyres in Sweden on behalf of SDAB. Over 6,000 tyre workshops and recycling plants contributed with tyr... 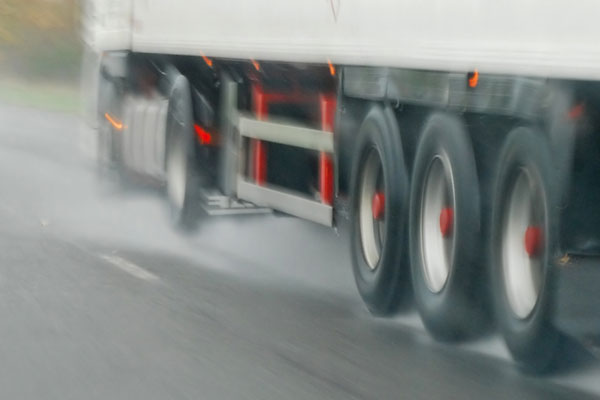 The tyre industry – an unbeatable opportunity

”The matter can be easily summarised as follows: The tyre industry works to facilitate road transport for people, animals and material things safel... 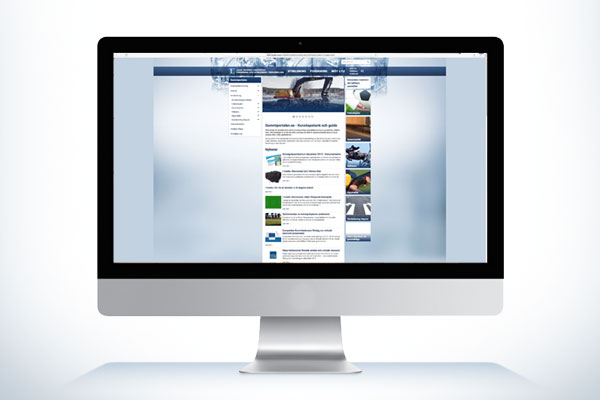 How can be improve the way we use our resources? Can you help? Go to the Rubber Portal for facts on recycling rubber from used tyres. The portal co... 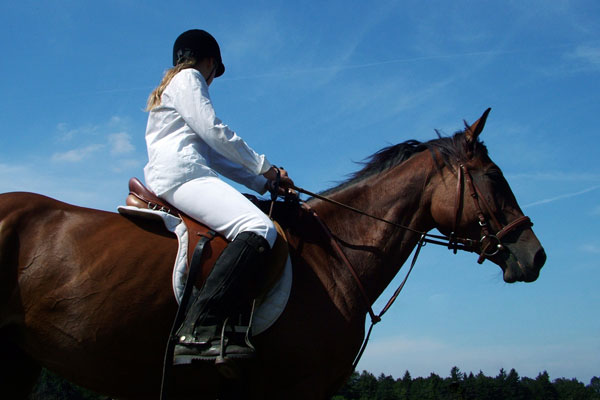 The SDAB has commissioned a lifecycle analysis for the three areas where cut-up tyres are used. They are artificial grass pitches, riding tracks an... 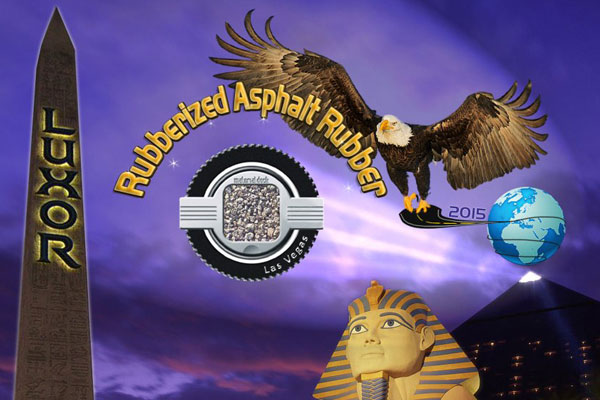 Paving the way for rubber asphalt in Las Vegas

An international conference was held on rubber asphalt in Las Vegas in early October. The conference is held every three years, and is probably the... 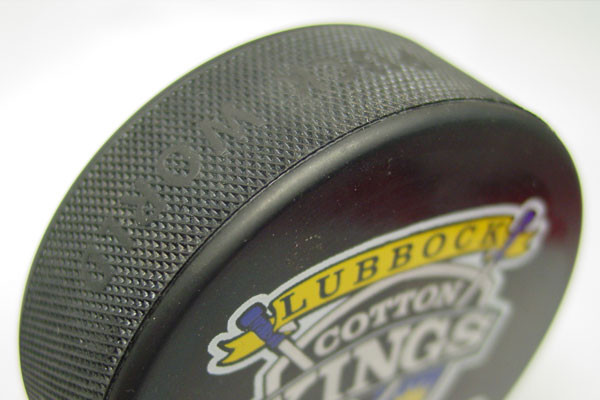 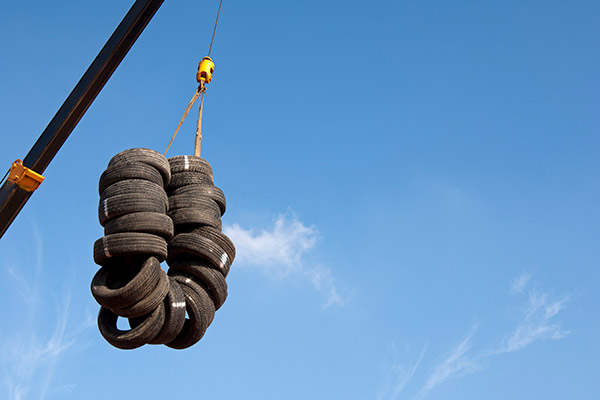 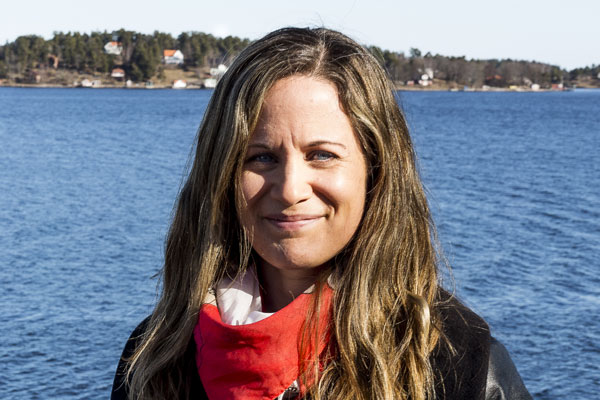 In the mind of an ecotoxicologist

Re:Bounce went to meet Ragn-Sells’ ecotoxicologist, Sara Stiernström, who dedicates a lot of her working week to checking and quality-assuring mate...

The latest issue of Re:Bounce, our newsletter, is due out. Read how good use continues to be made of recycled car tyres within areas such as cyclin...

Concerns about the health risks of granulated rubber from recycled tyres (SBR) have been investigated by Sweco, on behalf of the Swedish Environmental Protection Agency and in cooperation with the Swedish Chemicals Agency, and the resulting report was published on 9th May 2016. Studies indicate that: “the use of SBR in football pitches does not represent an increased risk of people suffering adverse health effects”.

The master collector for business and pleasure

In 2016, Ragn-Sells collected 87,000 tons of tyres in Sweden on behalf of SDAB. Over 6,000 tyre workshops and recycling plants contributed with tyr... 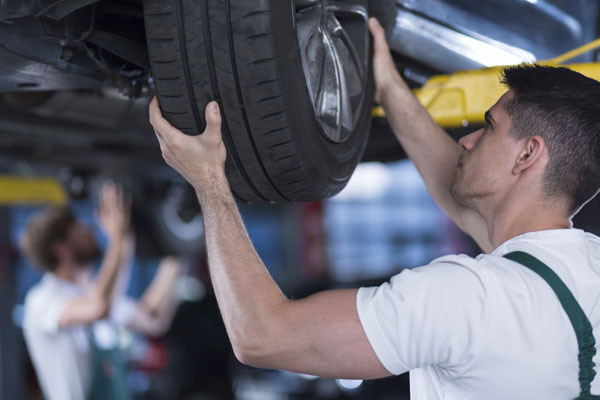 Ragn-Sells are responsible for collecting used tyres for the SDAB

Ragn-Sells collects and recycles all used tyres in Sweden from all sorts of vehicles. The tyres are sent for material recycling and energy generation.